See how Savvik Buying Group increased their buying power and membership reach, and enhanced their contract portfolio with Una.

Savvik Buying Group is a Minnesota based non-profit corporation serving as a contracting agency for public safety, education and government. Since 1997, Savvik has grown to serve over 14,000 agencies participating in all 50 states.

As the organization continued to grow, the Savvik team found themselves stretched thin on a regular basis. Savvik’s mission was to provide the industry’s best pricing to the nation’s public safety sector.

In order to do this, Savvik needed to get creative in order to successfully find and negotiate all of the supplier contracts they needed.

Partnering with Una proved to be the way for Savvik expand and diversify their contract portfolio, increase their buying power, deliver additional savings and benefits to their own members, and scale their business quickly and efficiently.

Read on to learn more about Savvik Buying Group’s success with Una.

These opportunities save their members time and money by consolidating several individually prepared solicitations into one national, cooperatively shared process. Savvik leverages the aggregate volume of purchases from members buying all over the country.

Savvik’s impressive growth can be attributed to developing strong relationships with regional, state and national EMS associations, and the fifty-nine group affiliates that include membership to the Savvik Buying Group as part of their group dues structure.

Mickey Schulte joined Savvik in 2014 and serves as Executive Director. He has over 25 years of retail and wholesale experience along with deep knowledge of business strategy, including strategic alliance development, account management, sales and marketing functions.

Savvik’s job is to make supply purchasing easier for safety providers and to reduce their procurement efforts so they can focus on their jobs — saving lives. By providing publicly bid, best-price negotiated agreements on everything from light bulbs and maintenance materials, to medical supplies, Savvik is a one-stop shop for everything a public agency might need.

But finding and negotiating each contract was taking too much time. Between serving their large membership base of safety services providers, and working with several thousand agencies, Savvik was strapped for time and resources.

Increasing Savvik’s contract portfolio was a tedious process and too difficult to scale efficiently. The team was also having trouble getting some necessary contracts due to their limited buying power and niche industry.

Why partner with Una?

Everything changed when Mickey Schulte received a phone call from Una Managing Partner, Anthony Clervi. By this point, Savvik Buying Group had been in business for 20 years and Schulte was hesitant to join Una at first.

He quickly realized, though, that partnering with Una would not only save his company time and money, but it would also increase their purchasing power. Accessing Una’s agreements would also allow them to expand and diversify their own contract portfolio.

Savvik initially joined Una to take advantage of medical supply contracts and added ancillary agreements so they could offer additional perks to their membership base. Una’s contracts have helped Savvik engage a part of their membership that would have otherwise remained out of reach.

By leveraging Una’s purchasing power, Savvik was able to obtain contracts that were previously out of reach, receive greater discounts, spend less time negotiating, and offer their members access to more benefits.

It was a win-win for everyone involved.

"Before Una we did most things on our own. We didn’t know what we were missing. But once we were integrated, we immediately started seeing the value.

And if you can help somebody working in an ambulance making $10 an hour save $20 on his cell phone bill every month, believe it or not, that’s a big deal. The little things add up."

A true partner in procurement

Hear from Anthony Clervi, Una’s Managing Partner, regarding the significance of our relationship with Savvik Buying Group and how we plan to nurture this partnership for years to come.

According to Schulte, “Accessing contracts that someone else has already done the work [on] is extremely beneficial. The vastness of the Una agreements and their scopes were far better than what we could have obtained on our own.“

From the beginning, Una and Savvik Buying Group have committed to creating a mutually beneficial relationship focused on the members and agencies Savvik serves. Una has helped Savvik identify new opportunities for growth as well as areas where they may need additional support.

Una has also backed Savvik at various trade shows and has presented to the Savvik board of directors several times, all in the name of building a true partnership.

“As far as return on investment, we get value in a monetary form — in savings. We also get it through their support. Una’s [member experience] team has been terrific. I call them and know that I don’t have to follow up. I know that once I hand off something to them, it will be taken care of. That’s invaluable when it comes to a contracting partner, knowing that you don’t have to continually check in to make sure they’re doing their job,” says Schulte.

“We have contracts all over the place, and we think we’re pretty good at what we do. But before Una we had no idea how much we were missing out on and how much help was available.

Una has been an integral part of growing our platform and reaching our membership. I would recommend Una to anyone." 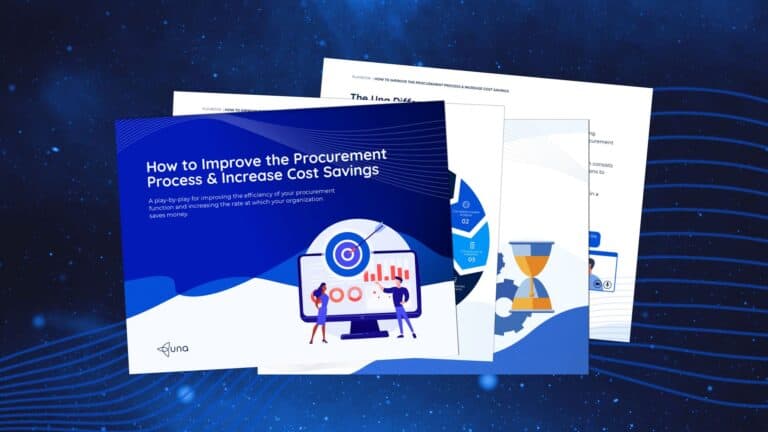 How to Improve the Procurement Process & Increase Cost Savings 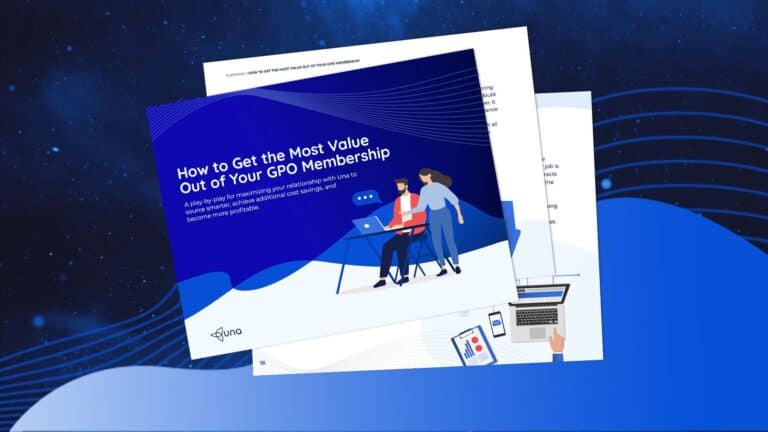 How to Get the Most Value Out of Your GPO Membership

How to Jumpstart Procurement

Ready to become the next success story?

Whether you’re needing help with a single category or are looking for ways to implement a cohesive procurement strategy, the Una team is here to help.

Membership is always free and there are never any purchasing requirements or exclusivities.

Get started with a no-obligation discovery call to learn more.